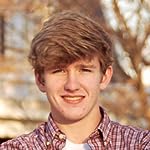 When did you start writing, and what did you write about?

I started writing when I was very young, maybe 9 or 10. I was writing a fantasy novel with lots of fighting and such, and even wrote a full novel at age 11 called My Life as a Pirate. It never got published, thank goodness.

My first published novel was in May of 2015. It was a short story collection called As Trees Turned Away and has been pretty successful for having no paid promotions!

My first novel was a horror novel called She, and then a novella called My Abigail which is the work I’m most proud of.

What is the difference in your perception between now and the time you started writing?

When I first started writing, I didn’t understand just how wide the industry is. There are literally thousands of authors, and probably millions of wanna-be authors.

Every single year, there are millions of books published. And somehow my single book is supposed to rise above those?

Tell me, how do you go about writing your books? Do the ideas just pop in your head or do you have to plot and plan?

I’ll get an idea into my head, and jot it down. Then I’ll come back later and outline it. After a rough outline and some character charts, I’ll start writing. I pretty much push through the book, no matter how hard it becomes to write. However, I am struggling more with my latest three projects.

Once I get writing, things normally fall into place, and sometimes that’s far outside the plan. My outlines often and always change, so I just have to go with it and hope it turns out good for the readers!

What are your techniques for marketing your books, and do you feel they are working?

So far, I’ve done just about nothing to promote my books in terms of cash. The only thing that cost money was a book giveaway on Goodreads. Beyond that, everything is just ‘word of mouth’ -generally coming from my mouth.

I’ll talk about my books where necessary, always try to grow my newsletter (sign up for that below!), and do plenty of awesome interviews like this.

Where can the audience purchase your books?

If you’re interested in checking out a free short story of mine, head on over to Kobo and pick up a free copy! (I’m trying to price-match this book on Amazon and make it free, but they’re being stingy.)

My Abigail: A Psychological Thriller is a story about teenage love and trying to understand someone who’s different and frightening. It’s, honestly, the work I’m most proud of, and if you don’t click on any other links, I’d be so happy if you could just check out the book here!

Besides that, there’s As Trees Turned Away: A thrilling collection of scary short stories, which is 26 short stories guaranteed to terrify you. Also, She: A Horror Novel, which is a story about a kidnapper, a group of teenagers, and one boy’s love for his missing sister.

Some authors have a habit of talking (interviewing) to the people in their books. How do you communicate with your characters?

Hmm. I’m not sure I ever really talk to them, out loud anyways. People tend to me look at me funny when I do that.

I will, however, try to understand them and put myself in their shoes. To me, my characters are real people, and it’s my job to kill them. I mean, take care of them. Wink wink.

For real though, they’re everything to me, and when I write a novel they are always the hardest thing to let go of. It’s especially terrible when there’s only one book (My Abigail).

If I were to interview one of the characters from your novel what do you think he/she would say about the role you put him/her in? Do you think they would like the book?

Well, the good characters would probably love me. Except for when I make them sad or angry. Most of them wouldn’t like their role, but they would like the book. I always try to have happy/semi-happy endings, without making it cheesy.

They’re real-life characters, so they’d probably either hate me and love me, just like most real-life people feel about my books!

What hobby or activity do you enjoy other than writing?

I spend lots of time talking to my awesome girlfriend. Besides that, I play lots of sports and try to stay fit. I binge-watch episodes of Chuck and White Collar, and listen to older and alternative music. (Think, ‘Airborne Toxic Event’-type alternative. And ‘Nirvana’-type oldies.)

And, of course, talking with my readers!

If you’d like to know a little more about me…

My name is David Duane Kummer. I’m a freshman in high school, with a published novel and a collection of short stories.

I live in a small, river-town on the Ohio River in southern Indiana. Along with taking care of younger siblings (I have eight total), I make time for writing in between school and sports.

When I’m not writing, I enjoy talking with my hilarious friends and amazing girlfriend, spending time with my loving family, watching movies, and working out to burn all of the calories I get from binge-eating Hawaiian Rolls. Those things are really addicting, am I right? I’d rather get payed in those than money.

Watch a video interview of me here!

And now, here’s an excerpt from My Abigail…

The movie ended later than I had anticipated. My plan was to drop Abigail off at her house, but she insisted on walking back alone.

“I’m not even going home tonight. I’m spending the night at a friend’s house.”

She shrugged. “Whoever will let me stay.”

I was confused, and certain that it showed on my face. “You don’t know where? You’re just gonna walk until someone invites you in?”

I wasn’t sure what to say, so I nodded. “I guess I’ll just trust you.”

She smiled, but I could tell it was a serious subject. “Don’t go past my house. And don’t go down that area, either. Take a different way.”

She didn’t answer. Abigail just walked off mysteriously, directly towards the busy street where cars flew past.

“I don’t know any other routes!” I called.

I watched in horror as she calmly strolled into the oncoming traffic.

Still going at the same, steady pace, she passed between the cars perfectly. Horns blared as cars screeched to a halt, but she kept going unperturbed. It made me shiver, just watching. Finally, she reached the other side and carried on down the road.

As she carried on, I expected her to turn onto the street where she lived, since I assumed most of her friends lived there. Instead, she kept walking, passing it by. Never looking back, never waving. Never going faster or slower.

I thought about ignoring what she’d said and taking my normal route. But the way she had said it -and acted afterwards- got me pretty freaked out. I turned and walked in the opposite direction. Anything to get away.

It was nearly dark, and my uncle would be furious at me when I got home late. He would probably think we were having sex somewhere. But at least I wouldn’t face whatever consequences lay on her street.

I wish she would have told me.

Tracey Lampley's Surviving The EEOC and Other Fair Employment Practices

Employee tips and advice for enduring a workplace violation charge

A blog to inform about your next book's purchase

The Art and Craft of Blogging

The latest news on WordPress.com and the WordPress community.